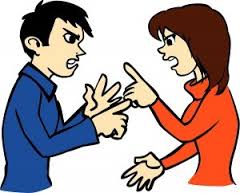 Arguing each other isn’t a simple matter, no matter where you look at it, especially when the argument is so heated that might result into shouting and pointing fingers. Some arguments are foolish and full of nonsense things, some are out of pride and geniuses, while others are caused by proving one’s superiority and intellect all because he hates to lose.

But the wisdom from above is first pure, then peaceable, gentle, open to reason, full of mercy and good fruits, impartial and sincere.

If you’re a spiritual person, heated argument is something you must not come into practice—don’t make it a lifestyle! Arguing isn’t highly recommended, even if it’s just intended for a joke. But if you’re trapped in a heated argument, or discussion, or if someone leads you to debate which you cannot escape because it is often inevitable, the following ways might help you. It may not apply to all, but there is always someone out there who might need this.

What are your other thoughts on how to stop an argument? It’s my pleasure to hear more from you, too. List it below!

God bless the works of our hands and thoughts! 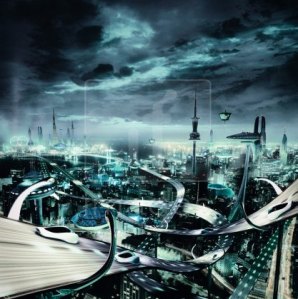 The sky is wide and blue. Bright and colored lights are everywhere. It is peaceful but the atmosphere they breathe is something their noses could not deny to smell—contaminated. There is no traffic in the air, but cars are hovering non-stop over the buildings. Some are small, some are big and tall.

In the epicenter of the Techno City there stood the largest building, but no, it is not just a building. It is the palace of the Elite Government. The Techno Tower.

Billboards overpowered the banners. Foods are not naturally made. Everything is man-made, artificial, or if there is something beyond that.

There is no such thing as NATURE. Children cannot even define the word, people do not know it. They believe that a place like nature is just a legend. They only know the world they currently see – the exceptional technology of the Techno City, ruled by an extraordinary genius man named Mr. Zan Von Duor. He is a ruler that is unseen by everyone.

In the western side of Techno City, 100 miles away from the Techno Tower, lives the Family Buoyant. The Buoyant couple has an only child, his name is Wiki, a cheerful ten-year-old boy who loves books than playing with robots. He is sometimes lazy but wise.

“Mom, I read a book about nature. I think they’re AWE—SOME!” Wiki reported to Mrs. Buoyant when they’re eating dinner. They have noodles for dinner, machine-made.

Well, the average lifespan of people is thirty. And since there is no such thing as nutrients and herbs, their health is failing continuously.

At five you are still a kid, ten is considered a teenager.

At fifteen they are young professionals and it’s the start of their marriage years.

At twenty-five you are old. At the age of thirty they expect an incurable disease that’ll kill them. Beyond that, they are considered to be too old to survive the unclean air.

Wiki went to his grandpa’s house yesterday. He saw a book about plants and herbs, enthralled by this, Wiki started to believe that plants are not just a myth. “I think they’re real, Mom.” Wiki added, slurping some noodles.

Mrs. Buoyant irked a brow at him. “Don’t you ever say that in front of your father, he’ll spank you.”

“He’s always busy at work, anyway.” Wiki scoffed. Mr. Buoyant is working at the Techno Tower, and Wiki calls him “The Mad Scientist.”

“Where did you get that book you’re saying?” Mrs. Buoyant asked, finishing her noodles.

Wiki’s mother shook her head. “Son, that book you got is just a myth. Dad is full of weird imaginations. He’s a frustrated author.”

“No! Grandpa even wrote their definitions. The classifications of plants and herbs, even fishes are real! Fishes are not toys! They’re living creatures like us. Believe me, Mom. The hearsay from neighborhood is true!”

“Wiki—“Mrs. Buoyant gasped, “Your grandpa died without leaving a hint of evidence to prove his theory about nature.” She sighed in concern, “Son, I want you to throw that book. I don’t want you to spend your time believing a false theory. Okay?”

Wiki heaved his chest in disappointment. But he’s not giving up, in fact, it is just the beginning of his research.

I will prove to them that grandpa did not lie! He’s not a frustrated author. Nature and fishes are real!

“I saw this thing called seed at grandpa’s room!” Wiki reported to his Mom, his face was full of dirt for unknown reasons. When Mrs. Buoyant opened her son’s palm, her sudden excitement died momentarily.

“How long will the land lie parched and the grass in every field be withered? Because those who live in it are wicked, the animals and birds have perished.” (Jeremiah 12:4)

“If my people, who are called by my name, will humble themselves and pray and seek my face and turn from their wicked ways, then will I hear from heaven and will forgive their sin and will heal their land.” (2 Chronicles 7:13-14)